Gianfranco Novellini began the business in Mantua in January 1966. In that year, he filed a request with the local Chamber of Commerce to open an artisan ironworking activity in Terziario Alley within the historic centre of Mantua. While working with screen and window materials in 1976, he came up with the idea that made Novellini what it is today: the construction of shower enclosures.

50 years later, the Novellini group is the European leader in the production of shower enclosures, shower cubicles and jacuzzis, with factories in both Italy and France, branches in key European countries and representatives on different continents. They have 27 branches worldwide, eight production sites and one million shower cubicles manufactured every year. They have been taking care of your well-being for 50 years! 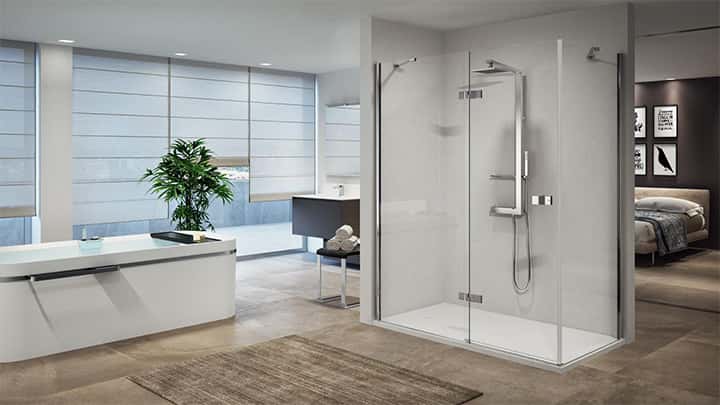 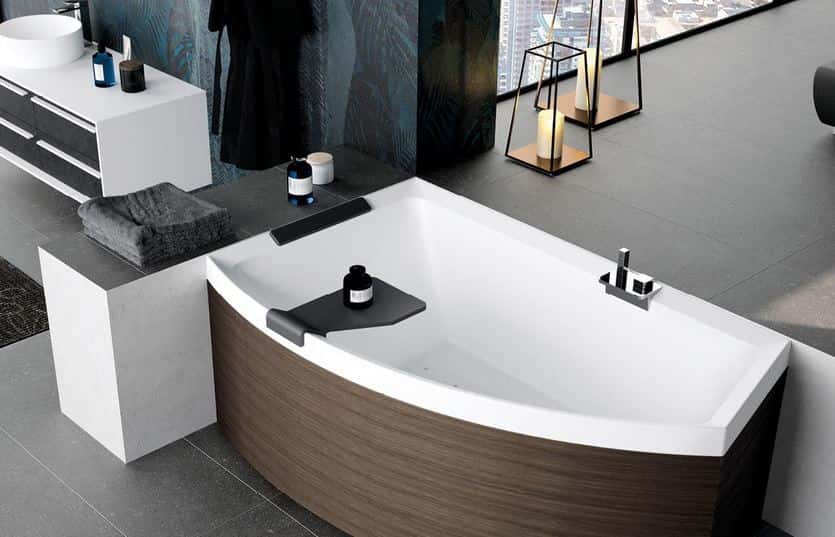 Novellini shower enclosures are the epitome of comfort and style. Thanks to the importance they place on innovation and the latest in technology, such as the use of new tracks for some products, stability is the strength of our shower enclosures, as well as being a unique design item that can be highly customised.

Simple maintenance and versatility – even in situations where installation is highly complex – are an added value for these shower enclosures, ideal for any sized bathroom. Furthermore, the wide range of profile finishes and shower stall glass grants the room elegance and importance. This feature expands Novellini’s product range, allowing you to select a quality shower stall that meets your functional needs perfectly.
BOOK A FREE BATHROOM SURVEY 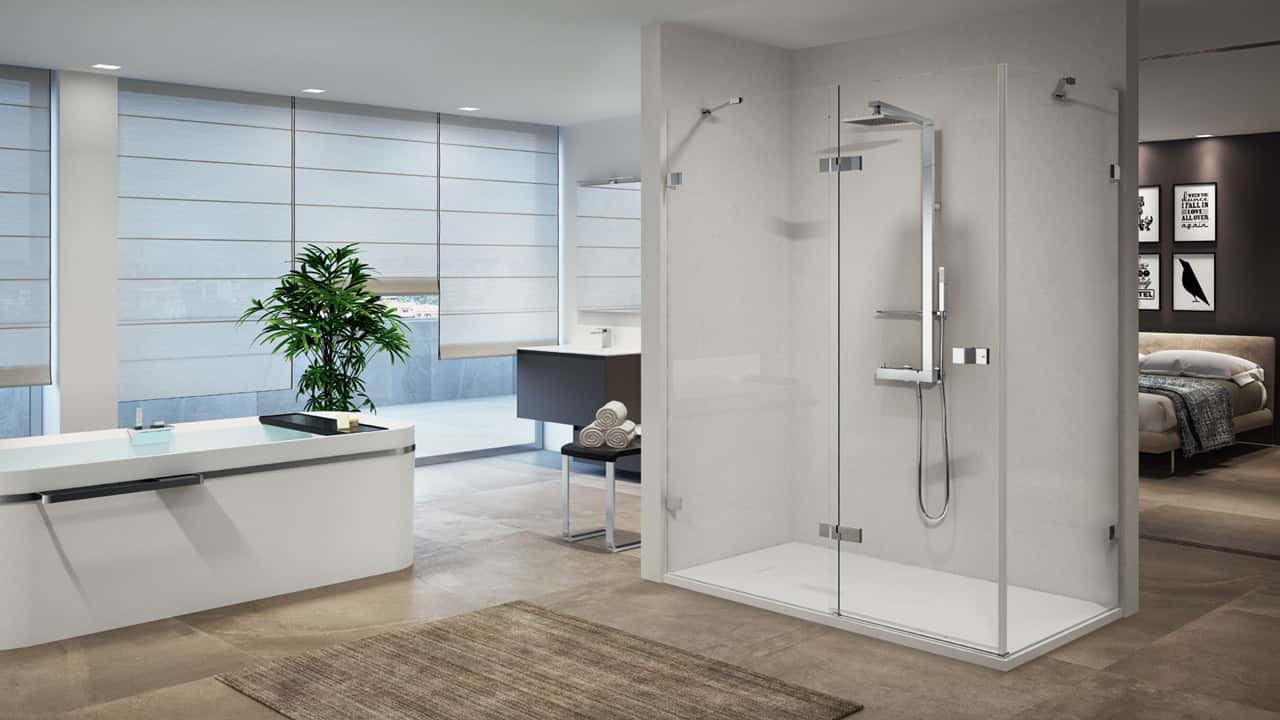 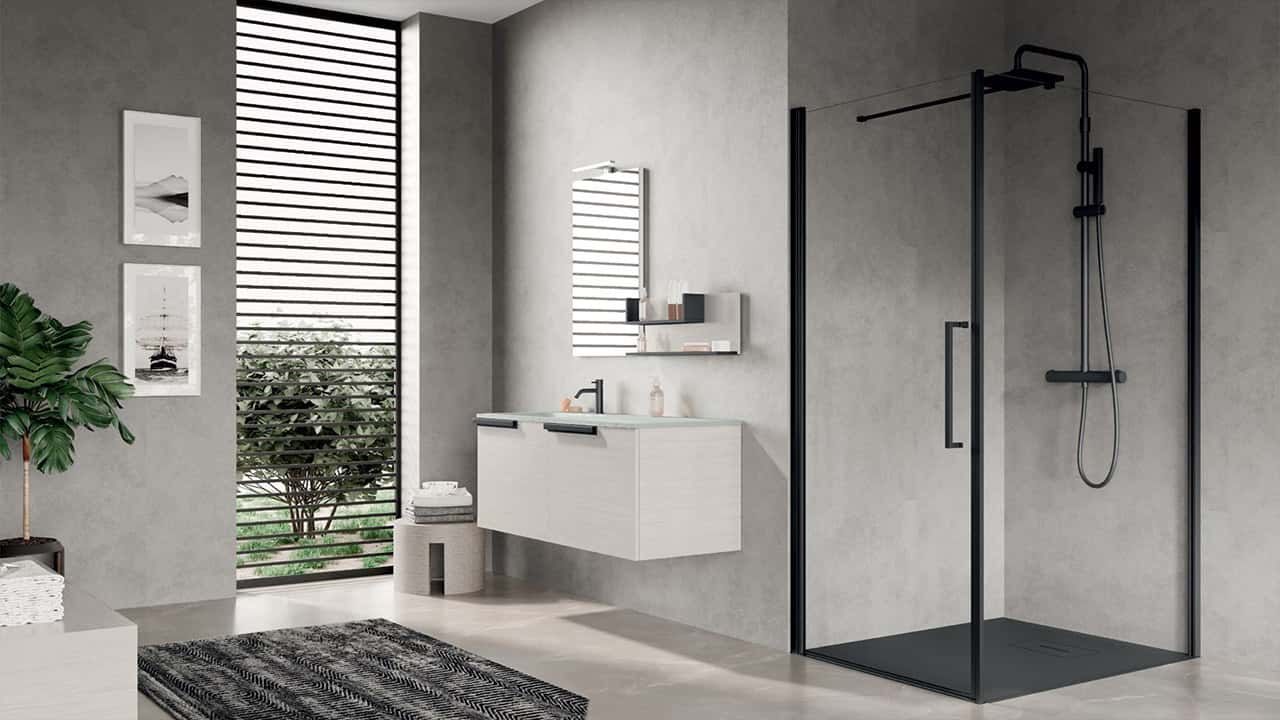 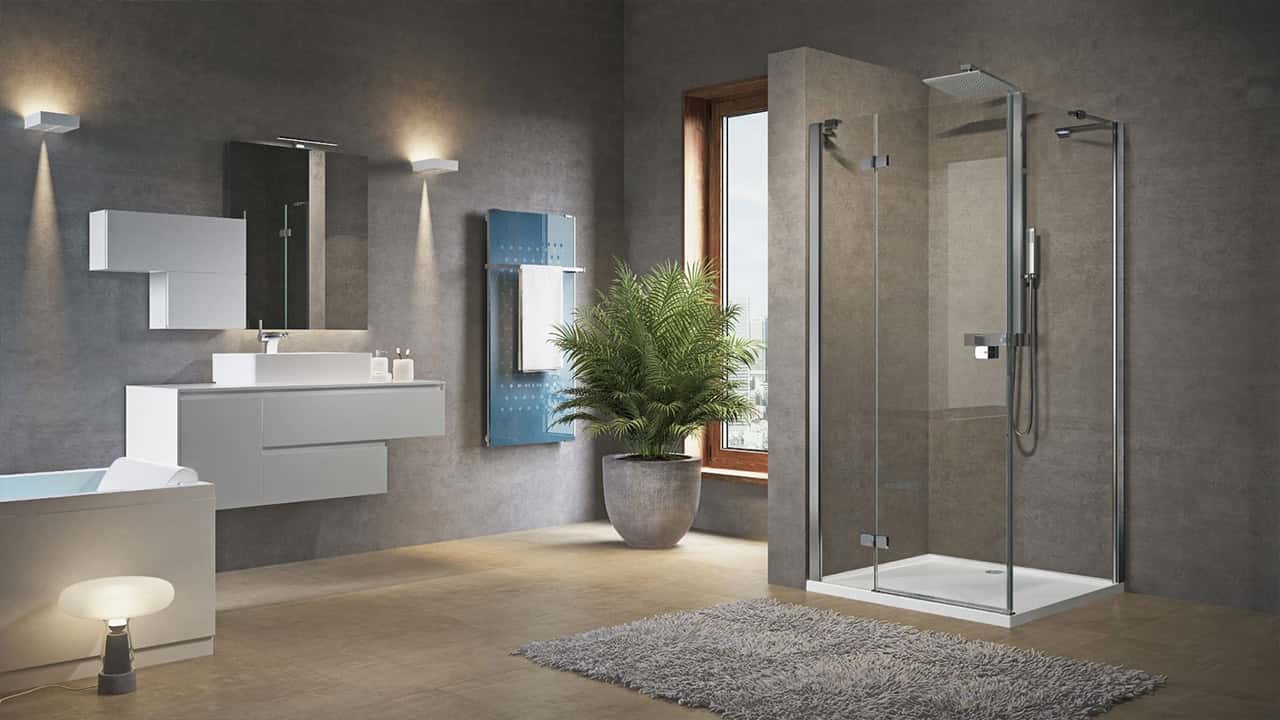 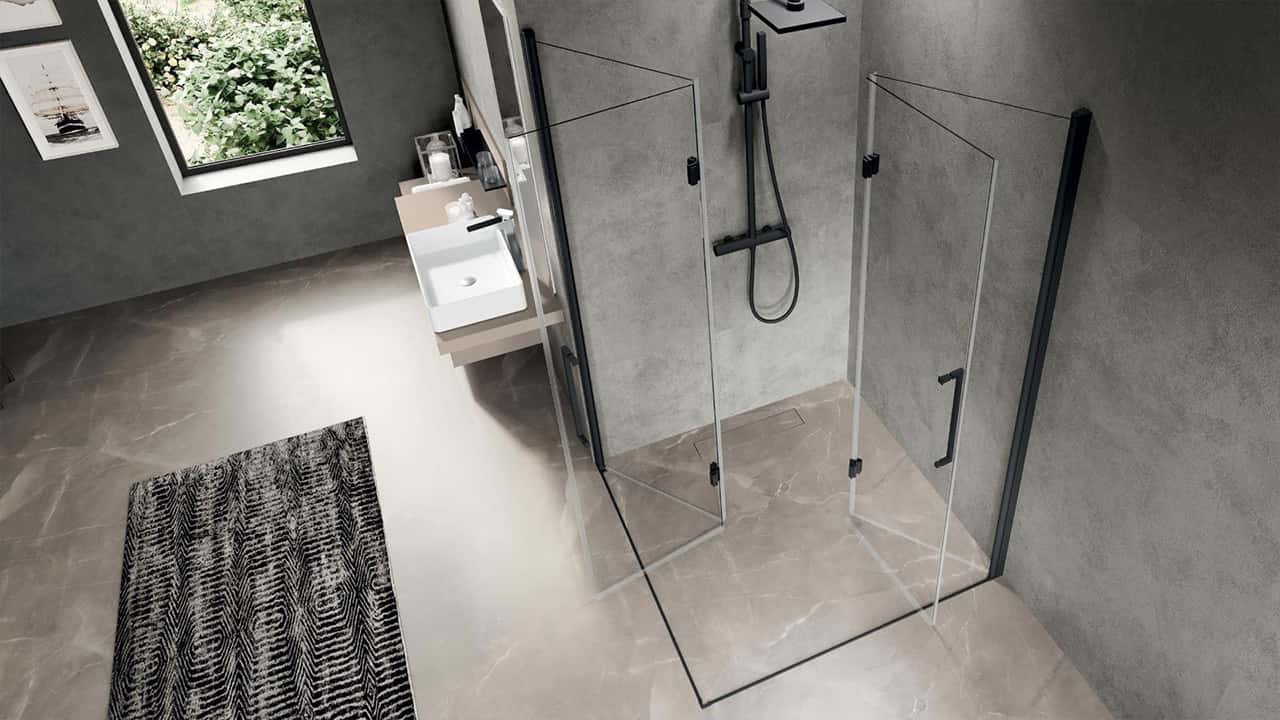